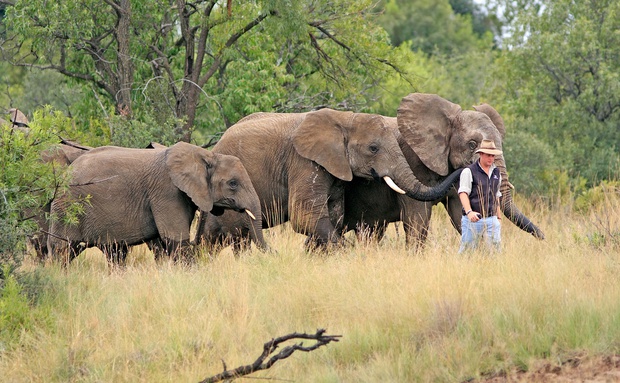 In southern Africa, several elephants are involved in ‘wildlife tourism interactions’ with tourists, whose acceptability is the focus of much media interest. It is important that the welfare of the animals involved in such activities is monitored in order to grant them an acceptable quality of life. Until now, protocols to assess welfare in African elephants have been developed only for zoo elephants. However, protocols developed for a different situation may not be suitable for these elephants, which live under different circumstances (for example, in some cases they tend to be able to roam free in the bush for a part of the day and to be allowed contact without protective barriers with people). We discuss the possible problem of extending findings found in zoo elephants to elephants involved in activities with tourists outside the zoos. This concern was also highlighted by elephant experts who said that in 23.6% of cases the main welfare problems of zoos’ elephants were different from those of elephants involved in interactions with tourists in South Africa. Moreover, their agreement was low when they were asked the acceptability of some procedures, which are often applied differently in zoos and in the facilities offering interactions with tourists.

Elephants are charismatic, cognitively highly-developed animals, whose management conditions can vary along a “wild–captive continuum.” Several protocols have been proposed for the assessment of zoo elephants’ welfare. It is important to investigate the possible limitations, if any, of extending findings from zoo elephants to conspecifics in a different dynamic in said “wild–captive continuum.” In this paper, findings regarding two issues will be discussed: those regarding the external validity and those regarding the acceptability of management procedures as applied to semi-captive (i.e., able to roam freely for part of the day) elephants involved in visitor-interaction programs in South Africa. In a questionnaire-based survey, half of the responding experts stated that at least some of the welfare issues they ranked as the five most important in captive elephants’ management had a different relevance for semi-captive individuals, resulting in 23.6% of the issues being rated differently. Moreover, there was no agreement among the experts on the ethical acceptability of any of the investigated procedures used in the management of semi-captive elephants involved in visitor-interaction programs. Caution is thus needed when exporting findings from one subpopulation of animals to another kept in different conditions and more scientific and ethical research is needed on the topic.