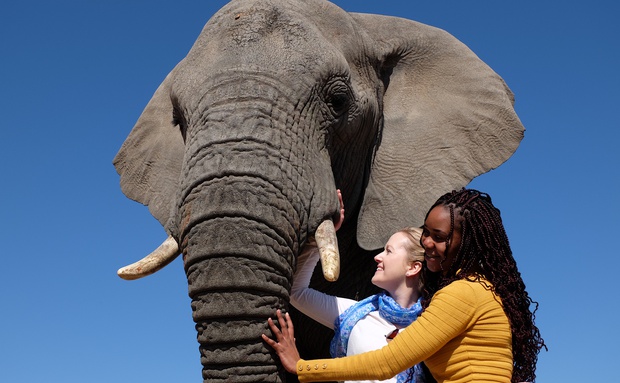 Previously, all facilities that owned elephants - no matter the size of their properties - were able to join the Elephant Owners and Managers Association (EMOA).

The move came in the lead-up to the publication of the National Norms and Standards for the Management of Elephants in South Africa, (Government Gazette 29 February, 2008), which were issued by the then Minister of Environmental Affairs and Tourism in terms of section 9 of NEMBA - the National Environmental Management: Biodiversity Act (Act No. 10 of 2004).

Elephants in captivity: norms and standards

Possibly as a result of time constraints, the Norms and Standards were issued without the necessary annexure that would have covered the principles of welfare in captivity. The Minister of Environmental Affairs and Tourism therefore instructed his department to work with the Department of Environmental Affairs to complete the annexure within one year. That deadline was never met, but in 2019 the Minister of Environment, Forestry and Fisheries, Barbara Creecy, instructed an advisory panel of experts to address the question of management protocols for elephants in captivity. Submissions to that panel closed on 15 June, 2020.

Elephant management is currently (2020) covered mainly by three Acts of Parliament and one set of regulations:

How captive elephant management came about in South Africa

Prior to 1994, the regulations governing the management of elephants ignored the concept of bringing young elephants into either captive (less than 2,000 ha) or extended (larger than 2,000 ha) environments. As one example demonstrates, the 960 km² Hluhluwe-Umfolozi Game Reserve - now the Hluhluwe Imfolozi Park - received young cull orphans from the Kruger National Park right up until 1991.

Young elephants were moved to zoos, safari parks, provincial parks (like the Hluhluwe Imfolozi Park) and national reserves from culling operations that took place in almost all conservation areas where elephants occurred naturally.

At the time people felt that, since elephants had a right to life, they could live alternative lives within captive environments in preference to being culled.

The first trained elephants that came to South African shores were Asian elephants brought here by visiting UK-based circuses. Some of the great-grandchildren of those circus families are still living in South Africa, and have confirmed to us that those animals arrived in Durban soon after 1912.

Although young elephants traded from culling operations were distributed to circuses and others from the 1960s, local circuses are thought to have first featured performances by African elephants from around the late 50s (or possibly the early 60s).

Some of the first trained captive African elephants in South Africa came from Zimbabwe, where culling was a common practice. Three different companies were authorised to distribute elephant cull survivors abroad. Whilst we are unsure as to how they acquired permission to trade, it appears they received authorisation to act as agents for the distribution of elephant calves to buyers (zoos and sanctuaries) before each elephant cull was carried out.

One early and famous example of elephant rescue was carried out by the American expatriot, Randall Jay Moore, who brought various cull survivors that had originally been exported to the USA, where they were trained for circuses or held in wildlife parks, back to South Africa. Once home, the animals starred in the movie, Circles in a Forest, which was made in the Knysna area in the late 1980s. Mr. Moore’s plan had been to release the elephants into the Knysna forest after filming ended, but he was unable to obtain support for the project. The animals were relocated to other areas, and some were later used in elephant-back safaris. Mr. Moore is thus purported to have pioneered elephant-back safaris in Southern Africa. (Randall Jay Moore is the author of Back to Africa, and, with Christopher Munnion and Horst Klemm, Elephants For Africa.)

South Africa’s captive elephant industry as we know it today really began around 1994.

What does the law say?

It is legal to keep elephants in captivity in South Africa under certain prescribed conditions. Facility owners are required to obtain permits from the conservation authorities in their respective provinces. The extensive application process includes the submission of management plans, as well as regular inspections by the authorities.

Most facilities that offer elephant experiences in South Africa today fall within the legal definition of ‘captive,’ despite the fact that many of these facilities are situated on larger tracts of land, usually within game reserves where the animals spend much of their time browsing in the same way that their wild counterparts would do.

South Africa is a country of varying geology and climates, which means that different wilderness areas - where the different elephant facilities are situated - have different carrying capacities. (“The carrying capacity of an environment is the maximum population size of a biological species that can be sustained in that specific environment, given the food, habitat, water, and other resources available.” ~ Wikipedia, accessed 5 July, 2020)

Considerations like limited carrying capacity or sensitive vegetation could mean that, despite being larger than 2,000 ha in size, some reserves don’t offer suitable habitat for the release of wild elephant herds. However, by managing elephants within smaller portions of such extended reserves, and thus remaining within the legal definition of ‘captive facilities,’ owners and managers who wish to offer sanctuary to small populations of elephants can do so in such a way as to limit those populations’ impact on local biodiversity.

ONE: THE ELEPHANTS - In ECASA’s view, the ethics of captive elephant management begin with the acknowledgement that the key stakeholders in the equation are the elephants.

Member facilities have, since 2013, thus subjected themselves to dedicated, multi-disciplinary research that aims to establish a scientific assessment of welfare based on empirical evidence from the elephants - the data for which provides the elephants with their ‘voice’ in the debate..

The research - which remains ongoing - is and has been conducted in a joint venture between the Ethics Laboratory for Veterinary Medicine, Conservation and Animal Welfare at Padua University; KwaZulu-Natal-based consultancy, Conservation Guardians; the National Zoological Gardens (NRF); and the University of Kwazulu-Natal (which has joined the project more recently).

A recently published study by Padova university bioethics department, in collaboration with Conservation Guardians, defines how different these facilities function to zoos abroad.

TWO: THE VISITORS - The other key stakeholder in our ongoing study into the ethics of animal-visitor interactions, is the visitor.

Our research indicates that these interactions are indeed beneficial to the visitors themselves, and that, in general, visitors come away with increased understanding of the meaning of biodiversity, and of the need for conservation of biodiversity. This (our research has shown) is true despite the often-held misperception that visitors are either duped into believing the negative press around animal-visitor interactions, or that visitors are too ignorant to make responsible decisions about the ethics of animal interaction facilities.

It’s clear that animal rights groups around the world following various strategies to push volumes of negative information through media platforms in order to establish a ‘general’ view of the ethics of care - in other words, if they distribute and state their positions widely enough and loudly enough, theirs will become the general view of the issues concerned. Their positions, however, aren’t necessarily best for the elephants - as is often refuted by empirical evidence collected from the elephants themselves by our researchers.

THREE: RESEARCH - Our work is research-based and, since the elephants in our members’ facilities are accessible to researchers (whereas wild elephants are usually not), the results of many of our studies have benefitted wild populations: at the very least they provide insight into elephants in general - including their physiology, behaviour, epidemiology, etc. - which will ultimately inform policies and decisions around biodiversity.

A NOTE TO THE READER - We encourage you to hink about this: have your views been shaped by articles expressing views written from a base that lacks scientific evidence, or that push the viewpoints of groups that may be campaigning against animals in captivity, but without looking into each case and its merits?

The Elephant Care Association of South Africa (ECASA) is an umbrella body serving one key stakeholder: the elephant.

Our role is to facilitate research into the quality of care that each individual facility provides for its animals, and to implement the scientific assessment model that has emerged from that research.

Through sound scientific principles, facility owners and managers receive independent feedback on their management systems, and on the impact these systems have on the welfare and care of their elephants.

Each facility (ECASA member) is different, and one cannot be compared to another. Broad codes of best practice are guidelines that may not always address individual facilities. The scientific assessment of elephant care that we have developed therefore provides a method of addressing each facility as unique, and of addressing the needs of its elephants in their specific context.

The role of captive welfare management in South Africa

The key purpose of owners and managers of elephants held under the legal definition of ‘captive’ is to provide the best care for those elephants.

It’s important to understand that each individual animal has its own individual story - but that there is a common thread that runs through them all: that elephants wouldn’t be in captivity if life for their species in national parks and similar wildlife reserves was ideal.

The elephants’ existence in captive facilities therefore provides guides and storytellers opportunities to tell their stories, which in turn provides opportunities for spreading powerful conservation messages. These include: 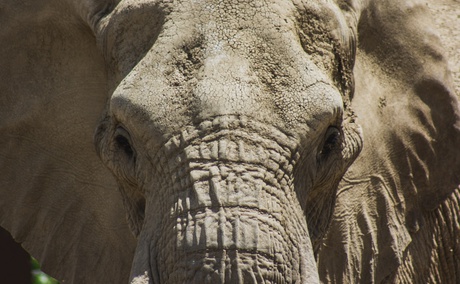 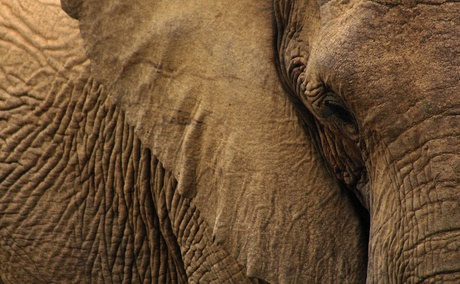 Best practice for animals in captivity 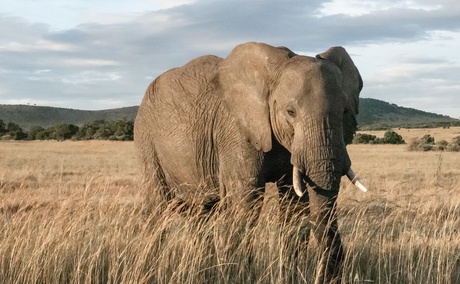